Create an Account - Increase your productivity, customize your experience, and engage in information you care about.

The Little Canada Historical Society (LCHS) is dedicated to presenting exhibits, public educational programs, and performing research that reveals Little Canada's history and its influence on our community today.

Founded in 1977 by a group of local citizens, the LCHS originally used a small closet in Little Canada City Hall for storage and the Council Chambers for meetings. Later, the LCHS moved to available space within the Old Little Canada Fire Hall (approximately 200 square feet), where it remained for several years.

In 1998, the LCHS obtained a loan from the city to build an addition on to city hall (approximately 2,000 square feet). The addition was completed that October. Funding for the addition was raised partially by donations from interested parties and businesses, selling memorial blocks for a mural on the History Center entry wall, and running a bingo gambling operation at the Little Canada Bingo Hall. When the loan was repaid in September 2005, the LCHS discontinued bingo operations. 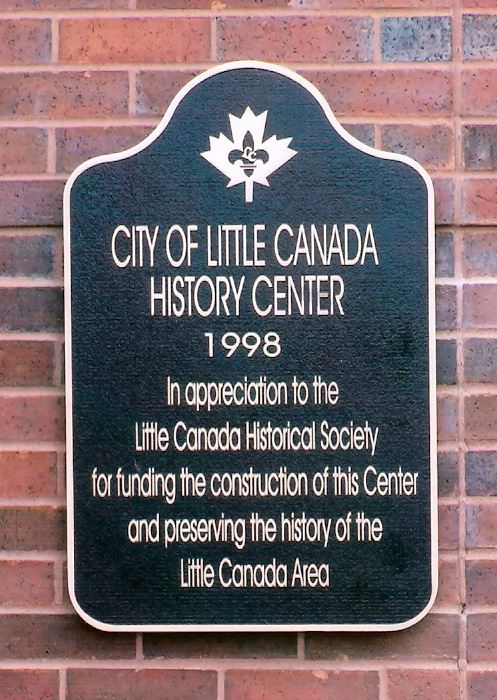